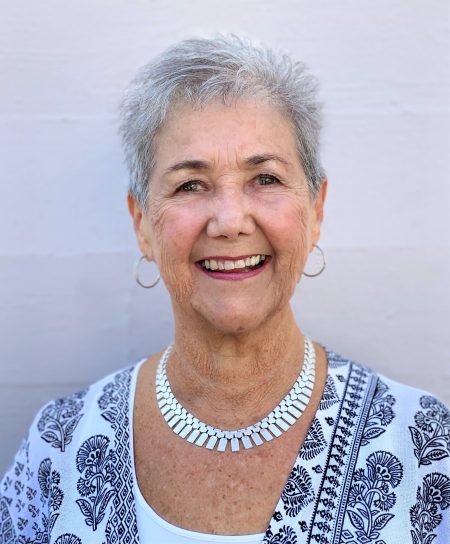 Producer/Director/Writer, Judy Chaikin, was born in Los Angeles, California, where she trained in music and dance.  Her first professional job was as a chorus girl in Las Vegas at the Thunderbird Hotel.  She returned to Hollywood and began serious acting studies eventually performing in live television, films, theater and several improvisational companies including the Committee Workshop.  From there her career took many twists and turns, as Judy went from being an actress/dancer/stand-up comedienne, to a director/writer/producer.  After a brief career in front of the camera, Judy found that she was more interested in the exciting challenges behind the camera and set her sights on directing. Immediately she was offered the opportunity to direct “WOMANSPEAK”, a stage production starring Jane Fonda and Judy knew she had made the right decision.

Since then she has worked consistently in film, television and theater, winning many awards including two Cine Golden Eagles, a Billboard Best New Music Video Director nomination, nine Best Film Festival awards, and an Emmy Nomination for the PBS Documentary “LEGACY OF THE HOLLYWOOD BLACKLIST.”

In 1980, after second unit directing the feature film, “I NEVER PROMISED YOU A ROSEGARDEN,” Judy was selected as a member of the prestigious AFI Directing Workshop for Women, where she directed a short comedy, “GIMME A BREAK,” which brought her to the attention of Norman Lear. Judy was hired as a dialogue coach for Tandem Productions and worked on many Lear sitcoms, including “ONE DAY AT A TIME”, “HELLO LARRY,” and “DIFF’RENT STROKES.”

With a background in both comedy and drama, Judy moved between two worlds, producing and directing documentaries and educational films by day, and by night directing the improvisational comedy troupe “THE GROUNDLINGS,” where she worked with such notable talents as Lisa Kudrow, Jon Lovitz, Phil Hartman and Julia Sweeney.

Judy’s work with the Groundlings led to her first comedy pilot, “ON THE TELEVISION,” which she directed for Nickelodeon and a second pilot for Fox Television, the Bunim/Murray reality show, “AMERICAN FAMILIES.”

In 1992, Judy was hired as a producer/director on the ABC series “FBI: THE UNTOLD STORIES”, a position which she held for the two year run of the show. In 1994 Judy produced and directed segments for two NBCP Specials, “THE HORATIO ALGER AWARDS” and “TOO GOOD TO BE TRUE,” and in 1995, she co-produced the CBS Movie of the Week, “STOLEN INNOCENCE” for Hill/Fields, starring Tracy Gold and Thomas Collabro.

Next she directed the stage play “TRUE ROMANCES,” by Susan Yankowitz, with music by Elmer Bernstein, at the Mark Taper Lab in Los Angeles, followed by the one-woman show “EXCUSE ME, I’M TALKING” starring Annie Korzen, which opened on Broadway at the New Duke Theater and went on to a world-wide tour.

In 2001 Judy directed the short film “COTILLION ’65,” which screened in twenty-four film festivals worldwide, winning Best Comedy, Best Short and Audience Choice awards.  She then turned her talents to screenwriting including the feature length comedy, “AI! CHILITO,“ which won first place in the Broad Comedy Screenplay Competition and is currently in development.  In 2007 she returned to stage directing with the Odyssey Theater production of Martin Sherman’s drama “ROSE.”

Her current film, the feature length documentary, “THE GIRLS IN THE BAND,” is about the unknown history of women jazz instrumentalists from the early 1900’s to the present day.  The film took top prizes at five film festivals including the prestigious Palm Springs Film Festival and is currently in theatrical release around the country.

Judy is a member of the Directors Guild of America, the Academy of Television Arts and Sciences and Board Member Emeritus of the Alliance of Women Directors and former Board member of the IDA (International Documentary Association.)